As early as the 1930s, Munari had been trying out radical innovations in graphics and typography, but it was not until after World War II that he began to design and produce book-objects. His children’s books were simple, provocative learning tools. His books for adults, on the other hand, were useless objects, Unreadable Books, which were meant to challenge the very concept of a book. In 1950 Munari began to experiment with light projection through coloured plastic to create coloured-light compositions. The use of polarized light, special lenses and motorization enabled him to achieve more complex and variable results and led to the production of his first coloured-light film, I colori della luce (1963) with electronic music.

The principle of public access to the means of visual communication was very important to Munari, who believed anyone could produce objects of aesthetic value, given the proper technological advantages.

In the early fifties, the Danish furniture industry adopted a new manufacturing process. Solid wood was increasingly replaced by materials such as steel and plywood, significantly reducing the need for complex structures. Arne Jacobsen’s chair is an outstanding example of this newfound simplicity. It consists of only a few parts, can be produced at low cost, and is extremely lightweight. The seat and back are made up of an ordinary piece of plywood, while the arrangement and form of the three steel tube legs attached to the underside of the seat in the center enable the chair to be stacked. 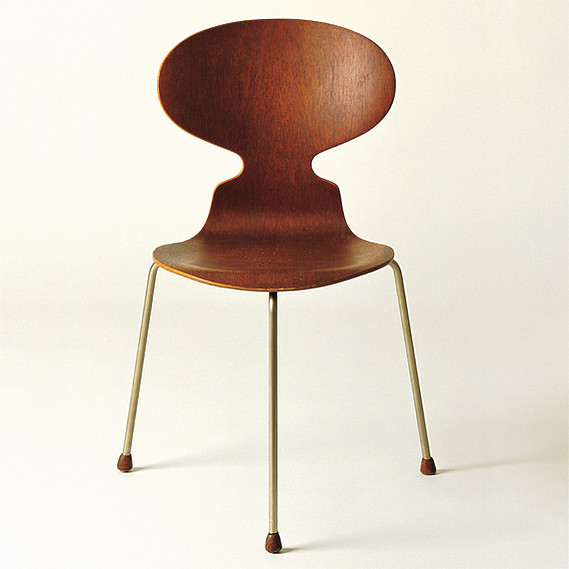 To use the maximum of possibilities given by the building regulations 24H made an extension to the cabin that can evolve, the building can literally adjust itself to its environment depending on weather conditions, season or the number of occupants. The extension unfurls like a butterfly; during the winter it’s a cocoon, compact with a double skin against the cold. During the summer the building can change its form or, like a butterfly, unfold its wings for extra shelter during rainy days. The windows of the cabin's head can open wide and on the cantilever of the moving part one can sit above the meandering stream, listening to the murmur of the stream. Returning south in the winter, the head back of the cabin is pulled in, and the cabin is, once again, no bigger than is allowed.