What is Art Deco?

The architecture and decorative arts shown at the 1925 Exposition embodied a whole range of unconnected styles and sources, including a modern interpretation of the 18th-century style of Louis XVI (reigned 1775–1793), seen as the golden era of the French decorative arts, and references to the avant-garde art movements of the time, such as Cubism and the Bauhaus. Diaghilev’s Ballets Russes and exotic and ancient cultures such as ancient Egyptian (following the discovery of the Pyramid tombs) and Mayan civilisations, and the art of Japan and Africa, also had an impact on the style. Unlike Modernist art movements, with their social philosophies and manifestos, Art Deco was purely decorative. A modern style, responding to the machine and to new materials such as plastic, Art Deco in its 1925 context was also sumptuous, a luxury style, characterised by individually produced luxury goods for wealthy connoisseurs.

The term simultanism is derived from the theories of M-E Chevreul whose book of colour theory De la loi du contraste simultanée des couleurs (On the law of the simultaneous contrast of colours) was published in Paris in 1839. It had an increasing impact on French painters from then on, particularly the impressionistsand post-Impressionists generally, and especially the neo-Impressionists.

The Delaunays’ paintings consisted of interlocking or overlapping patches, or planes, of contrasting (or complementary) colours. In Chevreul’s theory, and in reality, contrasting colours brought together (i.e. simultaneous) enhance each other, giving the painting greater intensity and vibrance of colour.

The Delaunays’ compositions were initially derived from architecture (e.g .Robert Delaunay’s Windows series) but by 1912 he had begun to make paintings in totallyabstract circular formats (Disques and Formes circulaires cosmiques series). These compositions were still ultimately based on nature however. In 1912 Delaunay wrote: ‘Direct observation of the luminous essence of nature is for me indispensable’. Their work was also named orphism by the poet and critic Apollinaire.

link to the Tate Gallery London 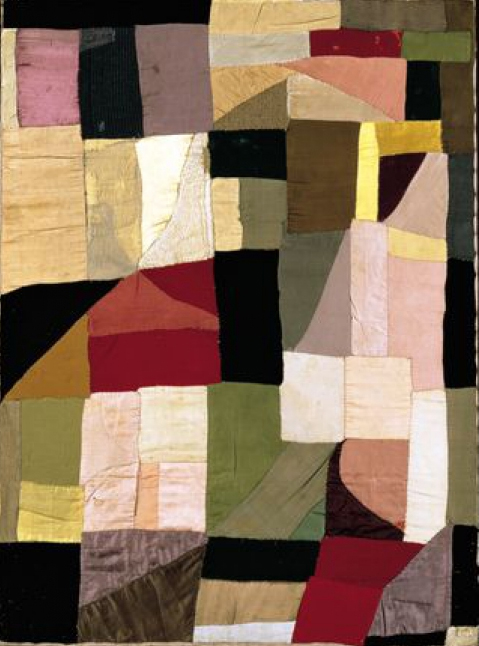 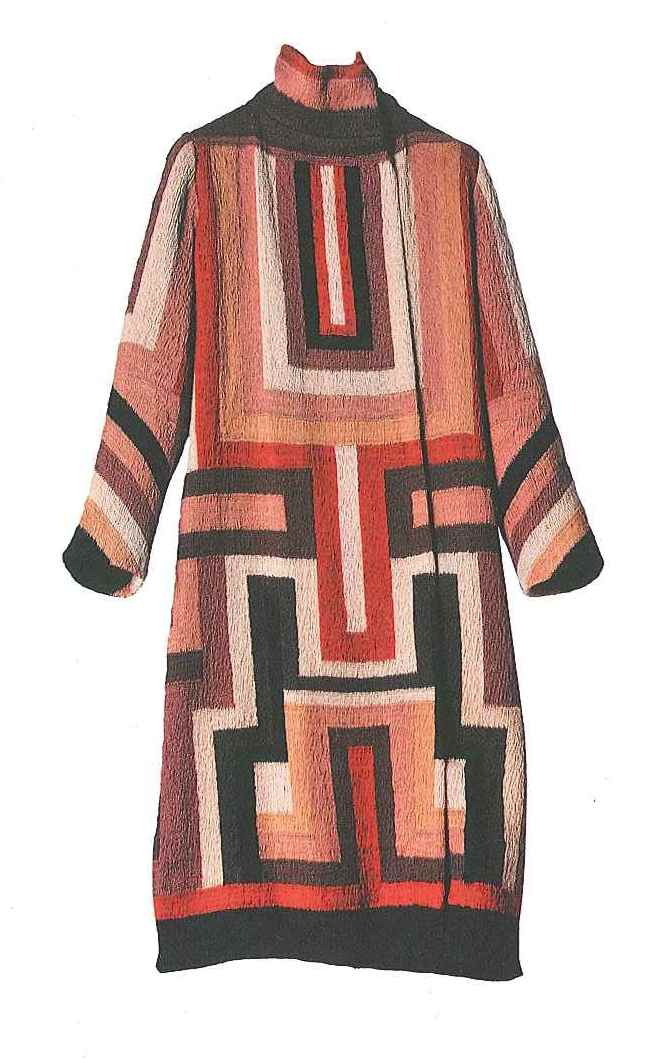 One of the key designers of the time influenced by art in her way of thinking fashion, is Sonia Delaunay, artist and textile designer, who’s creations have been correlated to Fauvism, Van Gogh’s and Gauguin’s paintings. For her, the colours were defined by a ‘dynamic art’ and ‘simultaneity’, term used often in Michel-Eugène Chevreul’s theory. The bold combination of colours and fabrics found often inspiration in music from which Sonia Delaunay constructed the first ‘simultaneous dress’ in 1913, consisting from mixed colours as ‘antique rose, yellow-orange, Nattier blue, scarlet, etc., appearing on different materials, woollen cloth, taffeta, tulle, flannelette, watered silk, crêpe… Delaunay’s textiles were very different from the naturalistic design popular at the beginning of the decade. She produced a range of fabrics incorporating geometric shapes like squares, triangles, diamonds and stripes, of both, strong and bold colours like blue, red, yellow.

Link to lesson about Sonia Delaunay