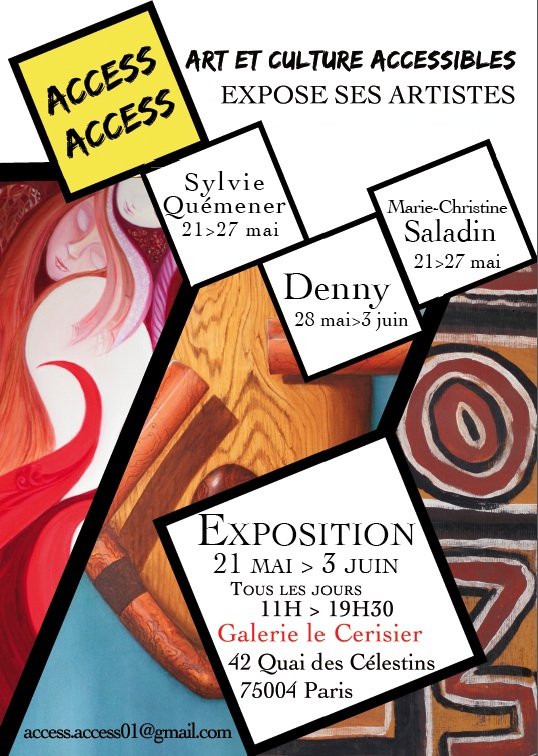 « Power is of two kinds. One is obtained by the fear of punishment and the other by acts of love. Power based on love is a thousand times more effective and permanent then the one derived from fear of punishment. »

« We must become the change we want to see in the world. »

« I shall conquer untruth by truth. And in resisting untruth, I shall put up with all suffering. »

Since 1993, when the United Nations General Assembly established the World Press Freedom Day celebrating the fundamental principles of press freedom, evaluating press freedom around the world, defending the media from attacks on their independence and to paying tribute to journalists who have lost their lives in the exercise of their profession, it is celebrated annually on May 3rd, the date on which the Windhoek Declaration was adopted.

UNESCO, which coordinates activities each year on May 3rd, had organized, this year, with the French Federation of UNESCO Clubs (FFCU) at the UNESCO Headquarters an important Press Freedom Forum confirming freedom of the press as a bridge of understanding and knowledge, and confirming that the dialogue and the exchange of ideas between high level journalists, experts, and civil society is essential.

The event was inaugurate be the press freedom related speech of President of FFCU Yves Lopez, and its vice-President Claude Vielix. The session was directed by Aleksandar Protic.

Most active french university UNESCO Clubs : from Sorbonne University and Sciences Po UPMC greatly contributed to Forum, participating in the event and encouraging and developing initiatives in favor of the freedom of the press.

Students from both universities UNESCO clubs participated in many ways : President of Science Po- UPMC UNESCO Club, Lara Kaute, as well as club’s representative speaker Benedicte Niel had the opportunity to address the Forum and present the work of their club reflection encouraging constructive debate among journalistes and professionals on the issues of press freedom.

UNESCO Club Sorbonne was first represented by the speech of Leandre Lucas regarding the impact and importance of press. His reflection was fallowed by the discourse of Julia Houas Medvedova concerning press : information, manipulation and disinformation. Representatives of UNESCO permanent delegations, UNESCO officers, and civil society members attended the Press Freedom Forum as well.

At this occasion, both Ana Dumitrescu (UNESCO Cultural Sector, previously Director General Office) and Jean Christophe Buisson (Chief Editor for Culture at Figaro Magazine) received the title of Cross-Cultural Ambassadors. Cross-Cultural Ambassadors are recognized by UNESCO Club Sorbonne for having made, a significant contribution to the promotion of cross-cultural understanding, promotion of peace, diversity, compassion, and environmental harmony, achieved through cooperative and non-violent means.

On light and other high frequency phenomena

« When we look at the world around us, on Nature, we are impressed with its beauty and grandeur.  Each thing we perceive, though it may be vanishingly small, is in itself a world, that is, like the whole of the universe, matter and force governed by law,—a world, the contemplation of which fills us with feelings of wonder and irresistibly urges us to ceaseless thought and inquiry.  But in all this vast world, of all objects our senses reveal to us, the most marvelous, the most appealing to our imagination, appears no doubt a highly developed organism, a thinking being.  If there is anything fitted to make us admire Nature’s handiwork, it is certainly this inconceivable structure, which performs its innumerable motions of obedience to external influence.  To understand its workings, to get a deeper insight into this Nature’s masterpiece, has ever been for thinkers a fascinating aim, and after many centuries of arduous research men have arrived at a fair understanding of the functions of its organs and senses.  Again, in all the perfect harmony of its parts, of the parts which constitute the material or tangible of our being, of all its organs and senses, the eye is the most wonderful.  It is the most precious, the most indispensable of our perceptive or directive organs, it is the great gateway through which all knowledge enters the mind.  Of all our organs, it is the one, which is in the most intimate relation with that which we call intellect.  So intimate is this relation, that it is often said, the very soul shows itself in the eye.

It can be taken as a fact, which the theory of the action of the eye implies, that for each external impression, that is, for each image produced upon the retina, the ends of the visual nerves, concerned in the conveyance of the impression to the mind, must be under a peculiar stress or in a vibratory state, It now does not seem improbable that, when by the power of thought an image is evoked, a distinct reflex action, no matter how weak, is exerted upon certain ends of the visual nerves, and therefore upon the retina.  Will it ever be within human power to analyse the condition of the retina when disturbed by thought or reflex action, by the help of some optical or other means of such sensitiveness, that a clear idea of its state might be gained at any time?  If this were possible, then the problem of reading one’s thoughts with precision, like the characters of an open book, might be much easier to solve than many problems belonging to the domain of positive physical science, in the solution of which many, if not the majority: of scientific men implicitly believe.  Helmholtz has shown that the fundi of the eye are themselves, luminous, and he was able to see, in total darkness, the movement of his arm by the light of his own eyes.  This is one of the most remarkable experiments recorded in the history of science, and probably only a few men could satisfactorily repeat it, for it is very likely, that the luminosity of the eyes is associated with uncommon activity of the brain and great imaginative power.  It is fluorescence of brain action, as it were. »