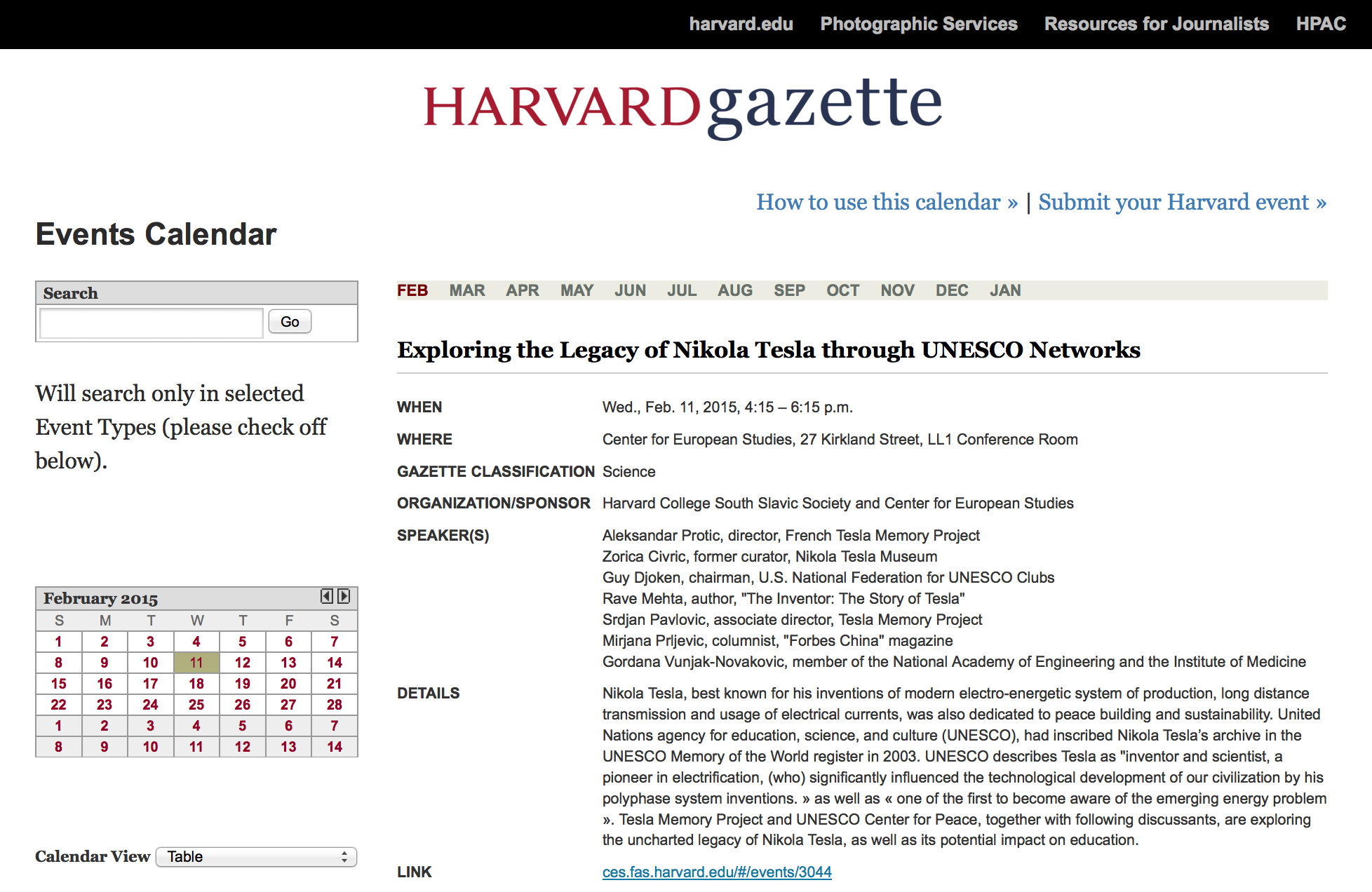 Harvard University Center for European Studies and the Harvard College South Slavic Society brought to light, on Wednesday afternoon, February 11, 2015 a new face of the famous inventor Nikola Tesla. Electrical engineer and prolific inventor, Nikola Tesla is one of the few scientists who dedicated himself to achieving peace in a very tangible way. Tesla developed a number of inventions that could prevent wars. Tesla embodied his pacifism through several types of invention: machines for the prevention of armed conflict, energy shields, and the development of teleautomatics.

In a predominantly academic audience, the panel was also attended by diplomats, scientists, humanitarians and entrepreneurs.