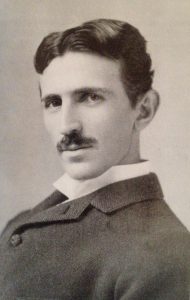 The objective of the Tesla Academy (previously Tesla Memory Project) is to educate and increase awareness of life and legacy of Nikola Tesla and to foster innovation and creativity; to promote UNESCO’s Memory of the World Register and global importance of science through lectures, workshops, digital projects, forums and publications. Tesla Academy had reached students from over 130 countries.

Nikola Tesla, one of the world’s most inspiring scientists, is often considered as the world’s most prolific inventor and “The Man who invented the 20th century, now shaping the 21st century”. His impact on the modern world is important, products of his genius can be found in everyday life (radio, radar, television, motors of all kinds, high frequency fields, coils, computers). Nikola Tesla exemplifies a unifying force and inspiration for all nations in the name of peace and science. He was an authentic visionary far ahead of his contemporaries in the field of scientific development. He significantly influenced the technological development of our civilization by his polyphase system inventions. This is the cornerstone of modern electro-energetic system of production, long distance transmission and usage of electrical currents, electricity and communication. Way ahead of his time, he was one of the first to become aware of the emerging energy problem (1900) as a conclusion of his famous experiments in Colorado Springs (1899-1900). In his honour, the magnetic induction unit (tesla) of the SI system is named after him. 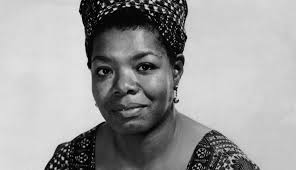 The objective of the Maya Angelou Memory Project is to educate and increase awareness of life and legacy of Maya Angelou (1928-2014), to encourage the civil rights and to use art to foster social change.

Maya Angelou (Marguerite Johnson) was a prominent  American author and poet, teacher and civil rights activist (she was the right hand of Dr. Martin Luther King Jr.) whose life and work encouraged people around the world of all walks of life. Some of her books include: Mom & Me & Mom ; Letter to My Daughter ; All God’s Children Need Traveling Shoes; The Heart of a Woman; Singin’ and Swingin’ and Gettin’ Merry Like Christmas; Gather Together in My Name; and I Know Why the Caged Bird Sings, A Brave and Startling Truth; The Complete Collected Poems of Maya Angelou ; Wouldn’t Take Nothing for My Journey Now; I Shall Not Be Moved ; Shaker, Why Don’t You Sing?; Oh Pray My Wings Are Gonna Fit Me Well; and Just Give Me a Cool Drink of Water ‘fore I Diiie. 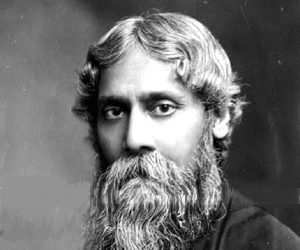 The objective of the Tagore Memory Project is to participate in the recognition of Tagore’s work in an educational, reflexive and practical approach; federate  researchers who work on Tagore’s work (mainly in its educational dimension); build a platform bringing information, resources and inspirations; conduct lectures from Tagore’s work on themes such as Education, interculturalism, the construction of universal man, freedom, Fraternity, peace, sustainable development, East-West relations; propose workshops for teachers and schools around the Tagore Education Principles; To propose cultural events combining arts (music, poetry) and cultures; Perform a multidisciplinary research in the social sciences on the school of Santiniketan and the university Visva Bharati. Take advantage of this research to make a report (audio / photo / video) about the educational project of Santiniketan.

Rabindranath Tagore (1861-1941) is an outstanding personality, poet, writer, composer, playwright, philosopher and Indian painter. He is also a philosopher of education, a teacher and the founder of a reputed school. Multiple facets that still exists today in India. The legacy that Tagore has left to humanity is of great richness and a source of inspiration, reflection and experimentation to face the educational problems of the twenty-first century. 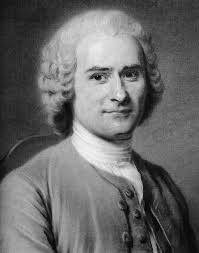 Jean-Jacques Rousseau (1712-1778) is a major figure of the Enlightenment: a great philosopher, political thinker, writer, botanist and musician. His work has inspired, nourished and shattered the minds of men from the eighteenth century to the present day. His work has been included in UNESCO’s Memory of the World Register. The UNESCO Sorbonne Club is making its modest contribution to ensuring that we do not forget the giant that has enriched mankind.

UNESCO about Rousseau (http://www.unesco.org/): « Jean-Jacques Rousseau is one of the greatest European philosophers. Its influence is unique and manifests itself in many fields such as political and philosophical thought, human and nature relations, and the education of children. His writing made him one of the great writers of his time. A major figure of the Age of Enlightenment, it opens up new and important perspectives which will play a considerable role in the political and social upheavals of the eighteenth century to the present day. Jean-Jacques Rousseau was born a citizen of Geneva in 1712 and died a citizen of Neuchâtel (but at Ermenonville, at the Marquis de Girardin) in 1778. His agitated and shared life led him to move from one place to another without real roots . Geneva and Neuchâtel, however, keep a special emphasis in his mind, even though he has had sometimes ambivalent relations with them. He maintains privileged links with certain characters who will retain archival holdings that concern him directly. «