Exhibition shown in the Werdenfels-Gymnasium

By ozanamtwteaw in English on 8 novembre 2016. 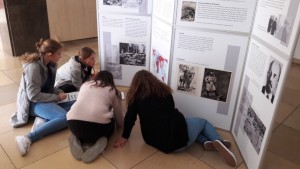 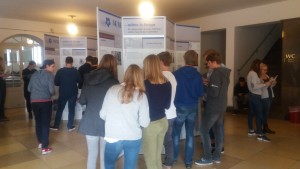 The exhibition „14-18 – in the middle of Europe“ was presented in the Werdenfels-Gymnasium from October 4th 2016 to October 18th 2016. It was the VdK – the German wargraves commission – that offered the opportunity to show this really interesting and fascinating view on the First World War. Pupils and local public had the possibility to get informed about different aspects such as the beginning of the war, warfare, political and social implications and results until today.

The Erasmus+ group of our school was responsible for the official opening of the exhibition und gave proof of their different talents – they played violin and piano, presented short scenes and war poems as could be seen in the newspaper article below. 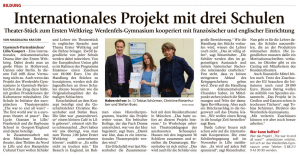 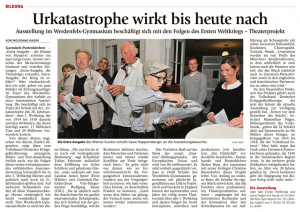 ← Theatre workshop of the Werdenfels-Gymnasium Garmisch-Partenkirchen On parle de nous ! →