Of Men and Gods 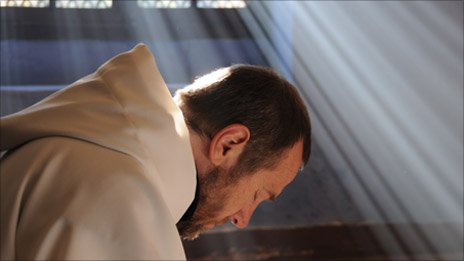 Nine monks go about the simple rhythms of their life, in the certain knowledge that they face an imminent death.

Hardly a movie pitch which would have predicted success but Xavier Beauvois’s Of Gods and Men was not only runner up at this year’s Cannes Film Festival; it ‘s now the French Oscar entry – as well as taking more than 8m euro at the French box office.

Part of its shocking appeal is that it’s based on a real story. In 1996, seven French Cistercian monks were kidnapped and then killed at Tibhirine in Algeria, amidst rising religious and factional violence. Their murderers were never found.

“When it happened, as a nation, France was shocked,” says the film’s producer Etienne Comar.

“Ten years later in 2006, the same questions resurfaced. Why did it happen? Why did they die? I decided, as a movie, that rather than portray their death, it was more interesting to show them living. There is no answer to their deaths.”

We can be absolutely sure that whoever kidnapped them, they did so for political reasons, not for their faith”

In the movie version, the group of French Brothers live a simple life dispensing medicine and comfort to their poor Muslim neighbours. As the countryside is terrorised by armed Islamic fundamentalists, there is an order for all foreigners to leave the country.

Do the monks leave, or do stay to protect their flock, knowing that they are an inevitable target?

“It is a very current film,” comments Comar. “It’s interesting to look at this atrocity as it happened before 9/11 – all the signs of what was to come were there.

“When I re-read again the last testimony of the monks’ leader, Brother Christian, he was very aware of the co-habitation of Muslim and Christian neighbours. He seemed to have a sense that it was going to become a talking point.

“Now it is an important issue wherever in the world you live – the USA, France, the UK, the Middle East. I want this film to ask, ‘what is the next step?’ How can we live in peace with each other? What dialogue should we have?”

Ironically, the movie was filmed in Morocco, in a monastery south of Fez, which in the 1960s was used by a Benedictine order as a meeting point between Christians and Muslims. 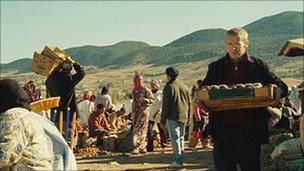 The monks carry on helping the Algerian community despite impending doom

In the film, the monks and their neighbours co-exist in enviable friendship and harmony.

“We can be absolutely sure that whoever kidnapped them, they did so for political reasons, not for their faith,” adds Comar. “The problem is never the faith, it is always the politics behind the faith.”

Director Xavier Beauvois and his cast were sent to live in an actual monastery to prepare for the difference in the rhythm of monastic life.

“I also asked them to sing together,” said their producer. “Some of them had never done it before, and you would be surprised. It created a community, so by the time we actually came to shoot the film, there was a real sense of brotherhood.”

Viewers see the monks going about their daily business: praying, singing, healing the sick, cooking in the most unhurried, un-modern fashion. Yet hanging over them is a sense of sickening tension as events reach their conclusion.

Some of the scenes – where the men share a supper as Tchaikovsky’s Swan Lake plays in the background, or as the community sing to drown out the threatening whir of military helicopters, are heartbreakingly beautiful.

“I hope people will respond to it as a very universal film,” muses Comar.

“The question, whether to stay or to leave a situation, is one everyone can relate to. Every one of these monks made a personal decision to stay, and it was very courageous. I don’t know if I could have done the same. Yet they say, ‘there is no better proof of love than to die for people.'” 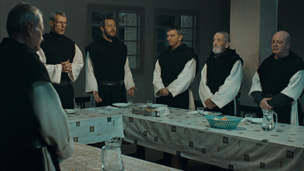 As well as the critics, Of Gods and Men has found praise with both the Bishops Conference of France and the French Council of Muslim Faith. But the most important critic for the film-makers must have been one of the survivors of the tragedy.

“Two of the brothers escaped being kidnapped, and one of them, Brother Jean-Pierre, is still alive.

“He is an old man of 87 now, and was unable to come to the cinema to see the film. But we sent him a DVD, and we recently received a letter from him.

“He said he liked it a lot – he could see the community of the brothers once more. He said it gave him peace to see them again.”

Of Gods and Men is released in the UK on 3 December.