By Marie André-Milesi in Cadre européen des langues on 13 December 2014. 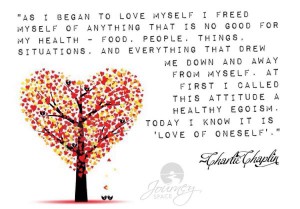 Chaplin stars as an assembly-line worker driven insane by the monotony of his job.

After a long spell in an asylum, he searches for work, only to be mistakenly arrested as a Red agitator.

Released after foiling a prison break, Chaplin makes the acquaintance of orphaned gamine (Paulette Goddard) and becomes her friend and protector.

He takes on several new jobs for her benefit, but every job ends with a quick dismissal and yet another jail term.

During one of his incarcerations, she is hired to dance at a nightclub and arranges for him to be hired there as a singing waiter.

He proves an enormous success, but they are both forced to flee their jobs when the orphanage officials show up to claim the girl.

Our last image is of Chaplin and The Gamine strolling down a California highway towards new adventures.
Charlie Chaplin

This was the first picture for which Chaplin used a shooting script.

The film was selected for preservation in the United States National Film Registry.

A full dialogue script was written for the film, as Chaplin had intended to make a complete talkie. Chaplin went so far as to film a scene with full dialogue before deciding instead to make a partial talkie.

Modern times was one of the films which, because of its political sentiments, convinced the House Un-American activities Committee that Charlie Chaplin was a Communist, a charge he adamantly denied.

Chaplin met actress Paulette Goddard while writing the script for Modern times in 1933. They married in 1936 en divorced in 1942.

Charles Chaplin was labeled a communist, so when he left the US in 1952 for a trip to the UK. J. Edgar Hoover, director of the FBI, learned about it and revoked his re-entry permit. Chaplin then decided to stay in Switzerland.
Cast

A story of industry, of individual enterprise – humanity crusading in the pursuit of happiness”

3) A herd of sheep rushing forward

In these four shots the audience is informed what the story is about from the opening title card, and the three separate shots that follow – the clock, the sheep, and rushing workers.

All of this vital information is conveyed in less than 30 seconds.

Characters’ intentions, agendas, beliefs, feelings, behaviors, and so on, can be conveyed through the careful use of metaphors.

In visual storytelling, metaphors can be used to illustrate the theme or themes of your script, a plot point, or a character’s action or behavior.

“May I take the pleasure of introducing Mr. J. Widdecombe Billows, the inventor of the Billows Feeding Machine, a practical device which automatically feeds your men while at work. Don’t stop for lunch: be ahead of your competitor. The Billows Feeding Machine will eliminate the lunch hour, increase your production, and decrease your overhead. Allow us to point out some of the features of this wonderful machine: its beautiful, aerodynamic, streamlined body; its smoothness of action, made silent by our electro-porous metal ball bearings. Let us acquaint you with our automaton soup plate – its compressed-air blower, no breath necessary, no energy required to cool the soup. Notice the revolving plate with the automatic food pusher. Observe our counter-shaft, double-knee-action corn feeder, with its synchro-mesh transmission, which enables you to shift from high to low gear by the mere tip of the tongue. Then there is the hydro-compressed, sterilized mouth wiper: its factors of control insure against spots on the shirt front. These are but a few of the delightful features of the Billows Feeding Machine. Let us demonstrate with one of your workers, for actions speak louder than words. Remember, if you wish to keep ahead of your competitor, you cannot afford to ignore the importance of the Billows Feeding Machine.”