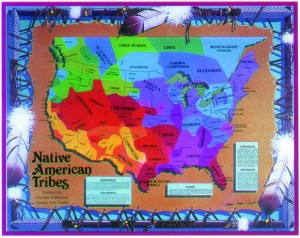 WHITE CLOUD IS A NATIVE AMERICAN.

HE IS A YOUNG MAN.

HE IS rather GOOD-LOOKING.

HE IS WEARING  A HEADBAND,  A NECKLACE AND FEATHERS.

WHITE CLOUD IS THE CHIEF OF THE IOWA TRIBE . George Catlin is a specialist of Native American painting. 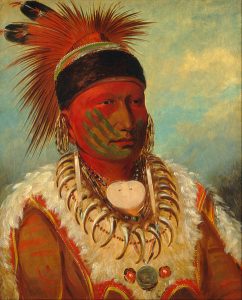 Stephen Hawking and his theory of the Big Bang

Shakespeare 's The Tempest : Miranda. and the beautiful diversity of humanity

Looking for Eric by Ken Loach -under construction-Collège et cinéma

2)Choose 5 sentences or more and ask as many questions as you can.

Gustave Courbet was born in  La  Vallée de la Loue (Loue Valley) in Franche-Comté on June 10th 1819 .He studied in Besançon and Paris. His family wanted him to study law but he preferred drawing and painting. He spent a lot of his time in museums copying a huge amount of paintings and eventually stopped studying law. He was politically involved in La Commune and was attributed the destruction of La Colonne Vandôme.

He liked saying “Courbet sans les courbettes”.It means that he was a very straightforward person with a lot of  personality- at times, too much!He wrote many interesting pamphlets and letters to explain his viewpoints  about painting. He didn’t want to work for the Académie des Beaux-Arts and refused any type of promotion linked to the government because he wanted to be a free “thinker”.

He was condemned by the French government and put in prison.  He died in exile in Switzerland on December 31st 1877. The debate about his responsibility or the absence of responsibility in the destruction of the Column is  still going on.

His painting has the realism of every day life:

-people coming back from a burial

-ordinary people  at a burial

-ordinary people by the riverside

-portraits and landscapes of his region

The common key-word and denominator between the two  people is  r e a l i s m .

Ken Loach was born on June 17th 1936. He started studying law  and eventually became a comedian. He is interested in shooting films and documentaries about  daily life.He becomes  the reference for “docudrama”, a mixture of fiction and documentaries.

He wants to show the difficulties of people in today’s world. The words  which best sum up his work are= dark and gloomy, depressive  and depressed, depression,  gloominess and darkness.

He usually resorts to ordinary people rather than real actors.

He likes shooting films about the working-classes.
Kes (1969)  is a film about a young boy who trains a kestrel in an ordinary working-class family with very ordinary people.

-cinema as a tool for understanding our world

-cinema should inform, educate and high light our human condition

their problems in their jobs and their family relationships.

-cinema should serve politics, ethics and economy more than entertainment.

– “Humour is essential to our humanity”. “It is a question of  survival.”

Regions shot by the artist:

What can't he do?

He can't ride a bicycle.

He can eat with a fork and a knife.

He can't eat with a fork.

He can get dressed.

He can't get dressed.

He likes the company of Madame Guérin.

Your opinion about this great  film:

Mélanie: "I liked the film a lot. I enjoyed the film because there are monologues but no suspense."

"Estelle loved the film the wild child because he hasn't got a family."

"Benjamin loves the film the wild child. It is very sad and inspiring."

Michaël: " I liked the film a lot because it is funny !"

Alexandre: " I liked the film but I didn't like Victor's fits."

Hasan likes the film but thinks that the child is strange.

He likes drinking water in the river the forest,

he likes running and animals but

I like when Victor is in the wheelbarrow because it's funny. I think it's a great movie."