Big Eyes is an American biographical drama film directed by Tim Burton, in 2014.         The film had received the Golden Globe Award for Best Actress for Amy Adams and was nominated for a BAFTA Award for Best Actress in a Leading Role for her performance. The film was also nominated for two other Golden Globe Awards for Waltz‘s performance and the film’s song. 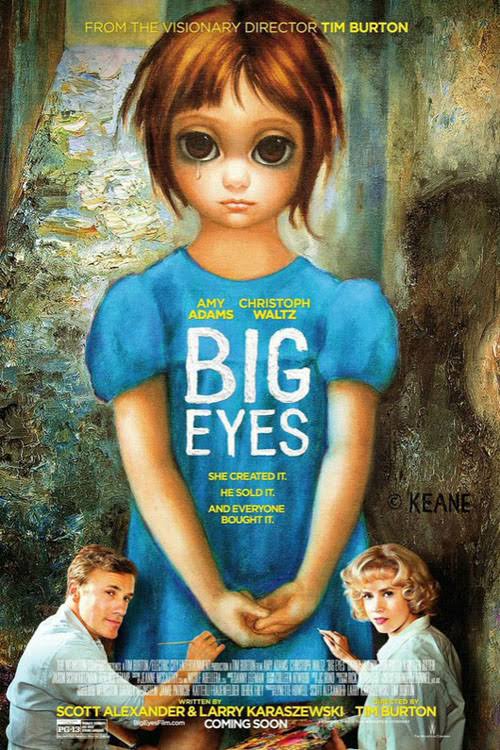 It’s the story about the artist Margaret Keane draws portraits of children with large eyes. Her husband, Walter Keane sells them as his own work. The couple become rich thanks to the portraits. The paintings become phenomenally successful, and earn a fortune. After a long time, she blends into his lies. Walter becomes drunk and abusive, and she decided to divorce him. Margaret reveals that she had been drawing the portraits, not Walter. The judge asks each of them, to demonstrate that they can draw a large-eye portrait.

Anecdot about this movie: Margaret keane (true artist) offered at Tim Burton, who is an absolute fan of Margaret, two paintings. One of them representing Helena Bonham Carter and the other representing her chihuahua.