Hey everyone! How are you? I’m going to speak about a book that we had to read for the French class! It is pretty different from all the books that I presented before, because there is not a lot of humor….

Silk is a novel written by Alessandro Baricco, a young Italian writer, in 1996. The original title is “Seta”. It was a real success in few months and It was a bestseller!Soie is the 3rd novel written by the author.  There was a film adaptation in 2007 by François Girard.

So, I’m going to talk about the book!

The scene takes place in the 19th century in France. It’s the story of Hervé Joncour, a French man, who decided to travel to Japan to buy another silkworms, because his production was contaminated by a disease.. After crossing Russia, he arrived in Japan, he met Hara Kei a Japanese village headman, and his mistress, who gave him many silkworms. After many travels, Herve felt in love with the Hara Kei’s mistress, and began a mysterious relationship with her, although he has already a woman, Helène. And one day, he received a letter which is written is Japanese.. He didn’t know who had written this.. He discovered that it’s the Helene’s letter, and she explain him a lot of things, she knows about the mysterious relationship between Herve and the mistress ( we don’t have her name..).

There is the war in Japan, and Herve can’t return in the country, and he decided to stop his journeys, and tells his experience to the inhabitants of his town.

It’s a pretty good story, but as I said before, there is not a lot of humor.. It’s a really serious book, with romance. I know that many people don’t like this sort of book, and usually I don’t like it!

It can be sometimes a little bit boring, especially when Herve tells us his travel, it’s always described with the same words.. But there is however suspense and mystery, because we don’t know who had written the letter to Herve, and when he returned to japan, the village wasn’t here, they had moved, all was destroyed by the war in Japan.

The Novel is filled of numerous metaphor, and poetic pictures.. It is really beautiful at times!

Do you know this book ? Have you already read it ? 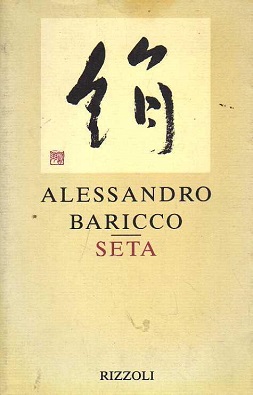