The jungle book is a 2016 movie by Disney Studio. The movie is inspired by an Indian’s tale in 1894 with the same name and the animated film to 1964, called “The Jungle Book” too.

The story, all of us know. It’s Mowgli; a “man cab” grew up with wolves and a panther: Bagheera. But one day a tiger: Shere Khan, want to kill him because he hate human. Mowgli leak his Pack along with Bagheera. This last want to leave Mowgli in the village men. During the rip, Mowgli will meet lot of animals like a snape: Kaa, a bear: Baloo and monkey with their king: King Louie.

But which is fabulous in this movie is not the story but what is behind it, the implied. The jungle is considerate like a society with laws and each of animals represented a type of person. All of animals share a part of shadow.

Mowgli is intelligent, sly and use trick for survive in the jungle despite his weakness and naivety. He is rejected by some. But for him, he considerate the jungle to his home and want to stay.

The Wolf are like a good citizens, they are welded and avoids conflict and the dangers. They are motto look like propaganda.

Bagheera is protective, intelligent, strict and cartesian. For him the most important is to adapt in his environment to survive or to be safe.

Shere Khan is dangerous, imposing, threatening. He is a dictator, he reigns thank to fear.

The Vultures advantage of Shere khan’s passage, as seen in the dictatorship.

Kaa is a manipulative and dangerous. She looks like a pedophile taking advantages of the naivety of children.

Baloo is not smart, lazy and profiteer but he is protective and sees the good in people.

King Louie is rich, selfish and desire always more. He wants to be human to dominate the jungle. As for me, he is like excess rich king of poor country, who lives on the misery of his people and wanting always more because they wanted to look like occidental.

Monkeys are not educated and completely devote to their king. 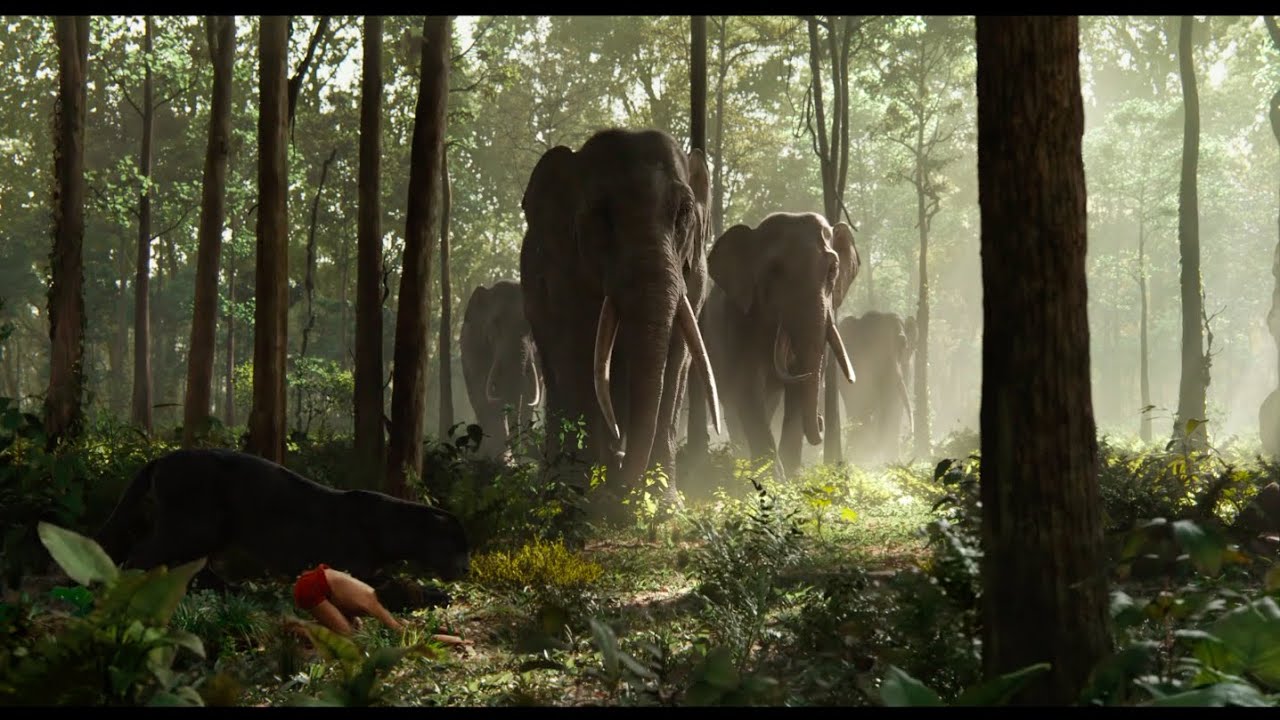 To conclude this movie talk about society, rejected, takeover, manipulative, dangerous people, vengeance and fight for their rights. All animals or point of the trip learn something at Mowgli, he be fooled and suffer but he learn and continues to advance. They are modeled in more imposing than in real life. For example, King Louie is gigantic. Then, the grafist is beatiful! From the beginnin it was a transition from the Disney logo to the jungle without break!

Also, the story is the same based of animated movie Disney to 1964, but lot of thing changes. For example, the famous music of the jungle book is taken but they are amended for the movie. And the result is superb, listening the song od Baloo: https://www.youtube.com/watch?v=WQ2C68Ji1d8&list=RDWQ2C68Ji1d8#t=0! I say no too but even the end change and I think the moral is better. I really liked this movie because I did not expect that and I was surprised. But I would not recommend for a child too young.