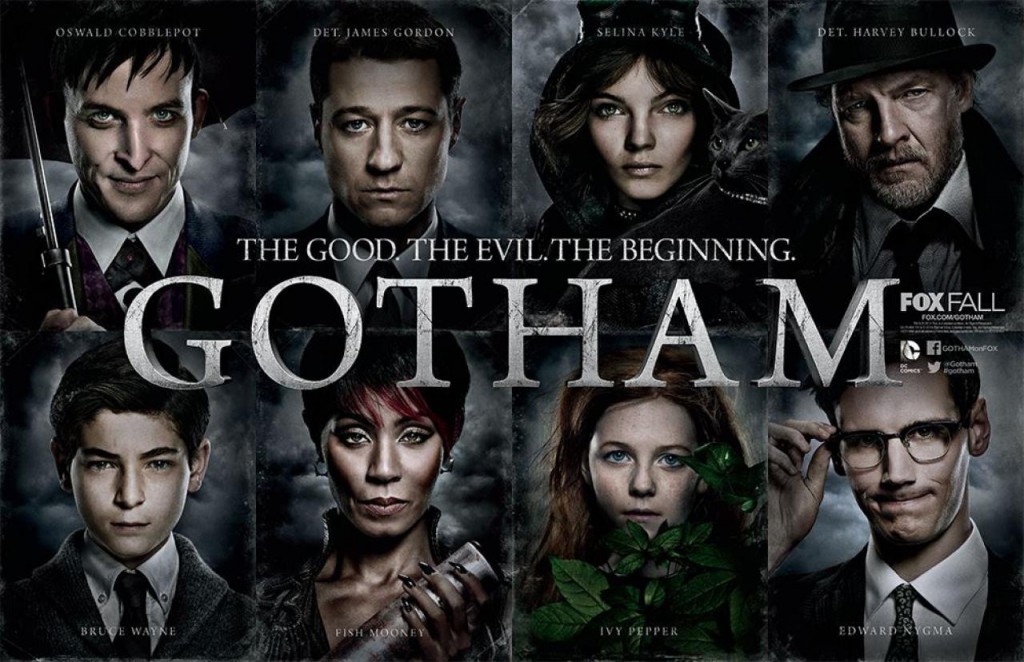 Gotham is an action American TV show based on characters published by DC Comics. The show began on Fox on September 22, 2014 and in March 2016 the series was renewed for a third season. It originally tells the story of Gordon’s early days on the Gotham City Police Department but the show include the childhood of Bruce Wayne and several of Batman’s villains: The Penguin, Catwoman, Poison-Ivy, Two-Face or also Hugo Strange.

There are many others but I chose to put only the main teachers.

I like this TV show because it’s the universe of DC Comics Batman but we are on the origins of the hero. We can see how the murder of Bruce’s parents act on his mind ans how he becomes a regular kid again. We also can see that Gotham is a city full of danger and criminality and also the childhood of many villains. I appreciate the fact that the main character is not Batman but the police captain James Gordon at his beginning. The show mix criminal investigations and events wich allow us to understand better some of Batman’s state of mind.