Birdman or (The Unexpected Virtue of Ignorance), is a 2014 American black comedy film directed by Alejandro González Iñárritu.

This movie is just strangely awesome on a technique point it gives the impression of being made in single sequence plan, the staging is prodigious, all actors are good, their crediblity are breathtaking. It is hollowing that the history is also awesome … Well finally the opinions are shared about it, from the press reviews to the spectators, Iñárritu’s movies let an opinion different for every watchers.

However the film won four oscars in 2015:

“Best Motion Picture of the Year“;

And was nomined for five others.

Honestly it is very hard to speak about it without spoiler, so if you want to see it go, and back after to read this review, you will probably disagreed with my point of view, so let a feedback if you want to discuss.

Thomson Riggan, an actor goes to Brodway to make a representation of a book to make a drama it is called  » When we talk about love  » or « The unexpected virtue of ignorance”.

We learned that Thomson is tourmante by his former role in “Birdman” It is almost schizophrenic and imagines that he have power of Birdman he wants to detach took everything of his birdman image that people have of him throughout the film.

His ego, ( Symbolizes by a second voice in his head who is the Birdman), his family, his loves, all is challenged for himself.

The scenes when the ego of Riggan takes top are impossible to describe they are so epic, this film is just so full of originality.

The first sequence sets the tone of the movie, is absolutely masterful, so if you dont like it, just stop, you will not like the film .

The strength of this film is also in its soundtrack. The music perfectly correspond to the universe that this film offer, and complement him.W e did not realize it instantly, but musics carry us , and it’s because of the musics that the film is awesome because this movie is not very rich in action.

Some confusion is permanent during the film, and the end enlightens us , Birdman stay in the toilet and Riggan manages to finally split to him for the last minute

.After watching the film, you need to reflect on it, and make you own opinion. 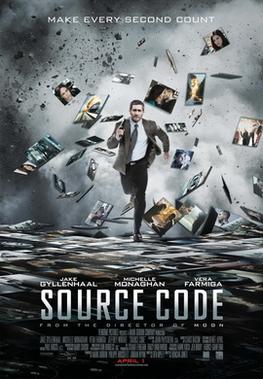 Source code is an American thriller based on the reflection create and produce by Ducan Jones, it was released in 2011.

Colter Stevens (played by Jake Gyllenhall) is an air soldier who wake up in another body. He had no more memory and Christina Warren (player by Michelle Monoghan) a woman, talk to him as if they knew. They are in a train but it explose 8 minutes later, and Colter Stevens wake up again but in his body this time. He is lost and dont understand. Another soldier Colleen Goodwin (player by Vera Farmiga) asks him questions through a TV which he can not answer. Then he return in the train, the same action happens.

This film could have been boring but it is not, we follow the story and it’s exciting. It’s also anxious the character is constantly locked in a train or in a capsule. The end is huge we do not expect it we understand everything and it is so well explained that everyone can watch it easly.

And you what do you do if you had 8 minutes to live ? 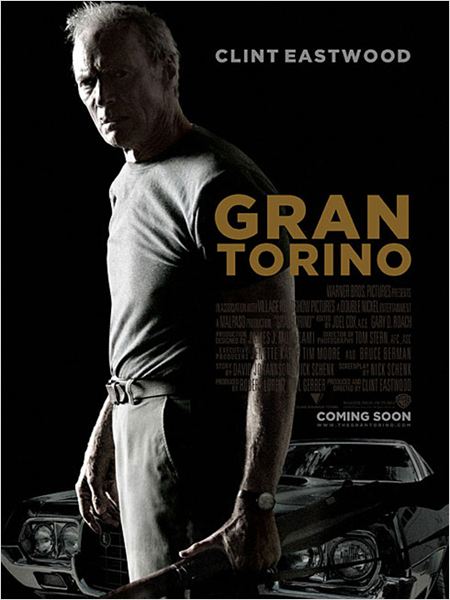 Gran Torino is an American movie create and produce by Clint Eastwood, it was released in 2008. The film is in the top rated 2008.

It puts in scene an old man Walter Kowalski racist against everyone who is not ‘American’ for him.

Like every heroes made by the Clint Eastwood, the principal character make the war. Walt made the Korean war. The environment of the movie present him like an anti-hero the neighborhood in which he lives is habited by Asian, but during the movie he sympathize with his neighbors particularly with Thao who try to steel his car the ‘Gran Torino’ which despises at the beginning. He protects them against Thao’s cousin and his gang who harassed Thao. Walt he’s imposing, shocking and quite funny. He bring everything to the war he made, he’s like grumpy grandpa, but he’s badass and imposes its presence with racist insults. Death not afraid him so gang, and bad boy do laugh him. I recommend this movie.

If you want to see familial movie who makes feel full of emotion it the perfect movie you will never get bored. 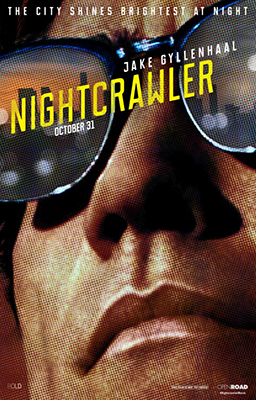 Nightcrawler is an American thriller written and directed by Dan Gilroy. The movie was released in 2014, The film features journalistic reports and all its derivatives.

Lou bloom a young men without job who steal and sells, we only know he spends his days on his computer, he think all information you need for your life can be found in the internet. We know nothing about his past. In the movie, he shoot accidents, murder, all that can be shocking and sell his images to daily information. This character is performed by Jake Gyllenhall. The attention of the film is centered around him, it becomes detestable his expressions are scary and fascinating. He does not hesitate to staging to have better picture. During progresses of the plot , he wants to control everybody who can be useful to improve his work. He do not hesitate to uses personnal information to do blackmail. Allowing it to have job he can define itself his salary. This character is sick, unstable but facinating.

To me this is a movie to see the night, there is a very dark atmosphere and best scenes happens during the night. I recommend this kind of movies that makes feel full of emotion without need incredible special effects.

This book is a thriller written by Agatha Christie (1890-1976) and publised in england in 1939. She is a famous english writer, she write famous books like «Murder on the orient express» or «Curtain: Poirot’s last case». The action takes place before 1940 during the summer. Ten guest have landed on a mysterious island (called the island of negro because its shape look like a black head), they are all the main characters. All of us be invited by different means but mostly by some one called U.N Owen which can translate in «unknown», they are  different ages and they do not know each other. As they arrived the owner of the island is not here, they are alone. At the night a disk is placed on a gramophone and a voice accused them to have done different crimes. After one of them died by suffocation after drank a wisky, but is not an accident, mercury was placed on his glass. Then the crimes continue, they died one by one but these crimes concord with a song placed each room, and statues who were on the table in the dining room disapear when one of them dies. Gradually we learn about each stories

I really appreciated the book he is really harrowing, the end is surprising and very intelligent. We know how, when, where and why the killer killed his victim. It is besides an inovante and spectacular ending, that inspired many writer. The plot of this book is placed on a real song written by Frank Green called also named ten little niggers. Agatha Christie written other books with the same plot, a real sing like “Five little pig” but he the most famous but he stay the most known of all, that’s why actually this thriller is the most sold in the world.

Obviously I will not tell you the end if some of person want to read him. Anyway I advice it, is a popular novel most of you know the history but if you do not have read it, it’s a short novel you can read it quickly and the history is poignantly.