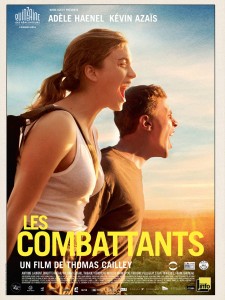 Joe is an English assistant at Les Sapins and La Roquelle. He helps our teacher and the other English teachers. He is twenty years old. Joe lives in Coutances, next to the high school.

He comes from Manchester (in the North of England). He was born in the same city.

He met our teacher last week. He came in France to improve his French. In England, He studies French and Mathematics. His favourite subjects are Mathematics, French and History. Joe understands French but he doesn’t speak French with us because we have to improve our English.

Joe has a girlfriend but he doesn’t have children.

His mother has two cats but he can put up with them.

He likes horror films ; he doesn’t have a favourite actor but he likes Samuel L. Jackson. His favourite kind of music are techno, dance music, electro, reggae and rock music. His favourite band is Pink Floyd.

He doesn’t have a favourite country but he said all the countries have good and bad points. He likes French food and French cheese. He thinks French food is better than English food.