Skinny towers in Sydney and Melbourne 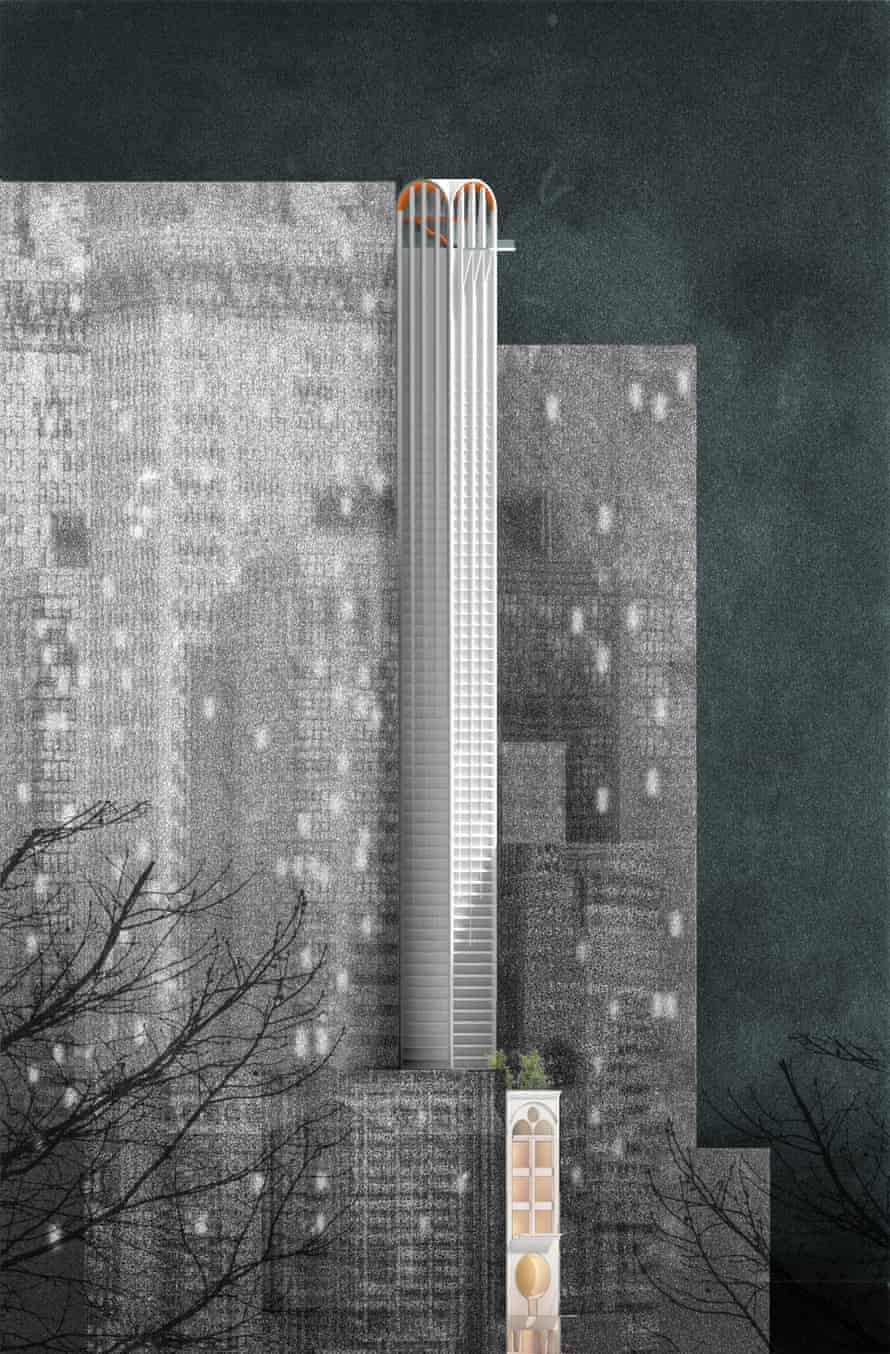 The impossibly tall and thin aesthetic no longer limited to the runways of high fashion, the trend for slenderness has now moved into architectural design as Australian cities follow New York and Hong Kong in the construction of towers as narrow as they are high.

Joining the Phoenix Apartments in Flinders Street, Melbourne – which first brought the skinny tower to Australia – will be the proposed Pencil Tower hotel in Sydney and the Magic Tower in Melbourne.

The architecture studio behind the Pencil Tower hotel, Durbach Block Jaggers, has described their column tower design as a “sky scratcher … being too thin to really qualify as a skyscraper”

At 6.4 metres wide, 100 metres high and 34 metres deep, once completed the Pencil Tower hotel will overtake what is currently the thinnest, tallest building in Melbourne, the Phoenix Apartments.

To make such a narrow site work, Neil Durbach, the architect of the Pencil Tower hotel, has said “each [hotel] room is super compact, it’s almost like a train compartment.”

But this intense compactness is offset by generous shared space, according to Durbach, including a big public room at the base, as well as a hammam bathhouse and pool at the top.

Such “unique projects … are a way of imagining a more fantastical future for the city”, he says.

These buildings have already been lauded for their ingenuity. Decibel Architecture’s Magic Tower won Silver in the 2018 London Design awards for Architecture-Proposed, and the Pencil Tower hotel has been announced the winner of the City of Sydney’s Design Excellence competition.

According to Deena Ridenour, associate professor of practice in urban design at the Sydney School of Architecture, Design and Planning, the trend for super tall, slender towers is “a product of the growth of our CBDs and the lack of land available for growth.”

They cause a lot of debate. It’s something you either love or hate.

“There are not a lot of big parcels of land left, and it’s very expensive to put different parcels together,” Ridenour says. “Often there’s just not the opportunity anymore because a lot of what is left is smaller properties, so going slim and tall is the only way to get development capacity in the strategic centres.”

Ridenour highlights the situation in the Melbourne and Sydney CBDs as very different from the situation in Parramatta, in western Sydney, where “development controls are encouraging amalgamation of properties”.

Anja Morgan of Easton Planning Consultants says “everyone is trying to maximise their site, so I think we will definitely be seeing more of them.”

But is this a good thing?

“Architecturally, they can be landmarks,” says Dr Arianna Brambilla, lecturer in architectural technology at the Sydney School of Architecture, Design and Planning. But “towers always come with a lot of provocation, they cause a lot of debate. It’s something you either love or hate”.

They can also be challenging to build.

“Structurally the slender shape is not optimised to resisting to the wind because they offer two different resistances to two different sides, as opposed to square shape buildings which [have] the same surface exposed to the wind in all directions,” she says.

“Secondly, the shape is not optimised for building service spaces like elevators, which usually take up 30% of the space in a normal tower. In a slender building it reduces the usable floor space inside.”

Buildings such as Pencil Tower hotel and the Magic Tower have yet to see completion, but in cities such as New York, where such buildings have been around for longer, cracks have started to show.

An exposé published this week by the New York Times reported wind-related problems.

“Wind sway can cause the cables in the elevator shaft to slap around and lead to slowdowns or shutdowns,” the Times reported.

According to Morgan, this isn’t something Australians should worry about.

“The buildings built in Australia probably have higher standards than those built in America. We have a lot of provisions in Australia with regards extensive engineering, structural and wind reports.”

“The City of Sydney and all councils in [the] metropolitan area are very good at assessing every development wholesomely,” Morgan says.

“Competing for prime CBD real estate is always a struggle. There are many sites which have constraints, and if you can maximise development opportunities it will have social and economic benefits.”

Ridenour expresses a similar confidence in Australian building procedures. “We have pretty strong design excellence processes like design competitions to make sure that buildings are designed by the right qualified people.”

She says the City of Sydney ensures solar access to certain open spaces is protected and the height plane is adapted to make sure open spaces maintain sunlight.

The City of Sydney also says, in a statement to the Guardian, “building height on this site [Pencil Tower hotel] is restricted to prevent overshadowing of public places in the CBD.”

Nevertheless, Ridenour says the compactness of these buildings “puts more pressure on the public domain being where people gather and recreate rather than private communal space.”