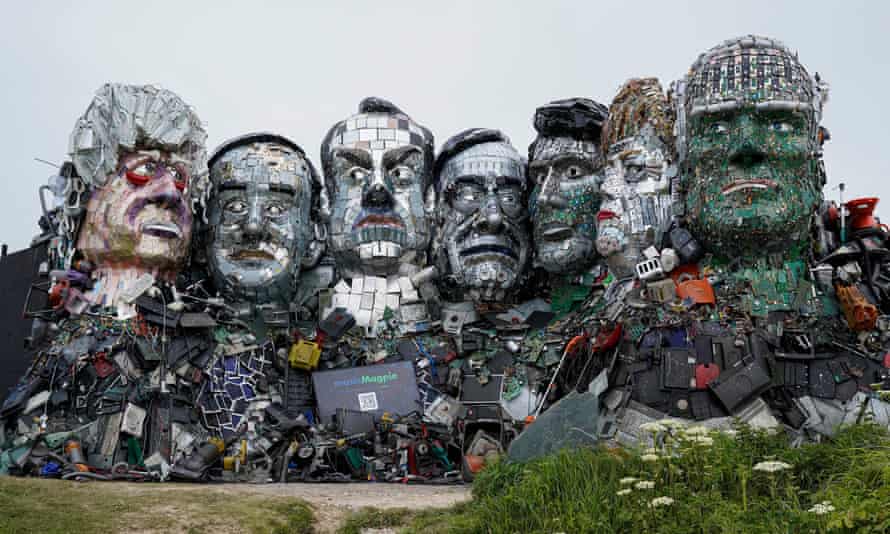 The seven giant faces loom above the dunes, gazing sombrely over swathes of bright sea thrift towards the ocean.

Even before the G7 had sat down to begin their Cornish summit, Mount Recyclemore, a sculpture made of discarded electronic waste depicting the visages of the seven leaders, looked bound to be one of the stars of the show.

Created by the artist Joe Rush and the tech business musicMagpie, the piece has appeared at Sandy Acres beach, just along the coast from Carbis Bay, where the leaders are meeting.

About 15 artists helped create the structure over a frantic six weeks at Rush’s scrapyard/studio in south London. Parts were then shipped down to Cornwall on lorries and put together in situ.