Posted by yguillet on 15 juin 2021
Backdrops to a riot: JR on how his confrontational street art went global 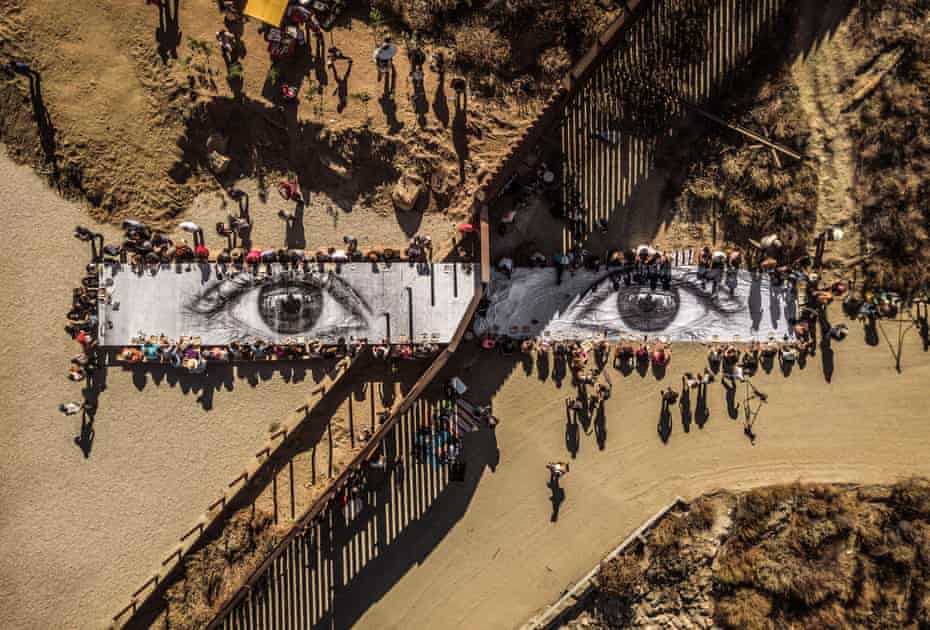 His portraits of his Paris neighbourhood summed up its residents’ anger. Now his subversive installations straddle borders, float on boats and envelop favelas. We speak to the elusive artist

“I didn’t spend enough time in school for any of the teachers to remember me. The only role models I had were the guys in the neighbourhood doing graffiti,” reflects JR, on his journey from street-smart tagger to world-famous conceptual artist. “I guess what’s nice is now, at 38, I can tell my mother I am not a vandal but an artist.”

The career trajectory of the first-generation Frenchman, who refuses to publicly reveal his real name, has been fascinating to observe. With a mother from eastern Europe and a father from Tunisia, JR grew up on the wrong side of the Périphérique, a ring-road that acts as a barrier between the middle-class districts of central Paris and the concrete jungle of project buildings on the city’s outskirts that are home to a largely immigrant population. “It was tough, but there was always such a great sense of community,” he says from a plush art studio that’s only a few minutes away from the Parisian grave of Jim Morrison. “Doing graffiti meant that I had to have eyes in the back of my head. Even today, I am always naturally looking around [for the police].”

JR spent much of his childhood being chased by law enforcement angered at the noxious smell of his paint fumes, yet he managed to turn his raw connection to the street into a successful career that has been weighted on turning real-life communities into living, breathing art installations.