The truth is out: Britain’s immigration system is racist. Now let’s fix it.

All parties, including my own, have been complicit in making bigoted laws. Acknowledging this is the first step to rectifying it. 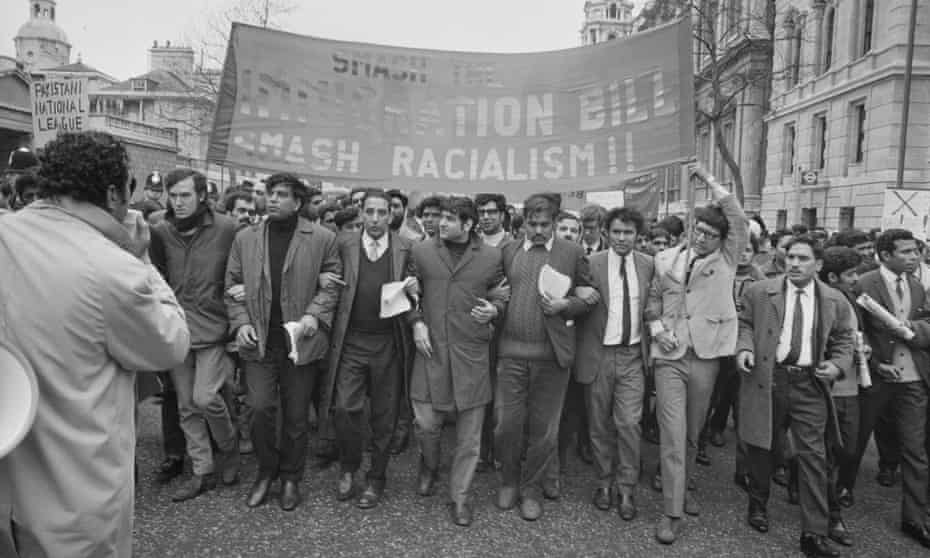 The unspoken rationale underlying British immigration policy since the second world war has always been about race. A new leaked Home Office document, which was never intended to be seen by the public, spells this out. The report, which was commissioned by the Home Office in the wake of the Windrush scandal, was leaked to the Guardian after repeated attempts by the government to suppress its publication. It has a stark conclusion: that the origins of the “deep-rooted racism of the Windrush scandal” lie in the fact that “during the period 1950-1981, every single piece of immigration or citizenship legislation was designed at least in part to reduce the number of people with black or brown skin who were permitted to live and work in the UK”.

This was true whichever political party was in power. Who can forget the red mug marketed by the Labour party in 2015 emblazoned with the words “Controls on immigration”? The problem was not the mug, but the fact that cracking down on immigration was one of our election promises at all.

It was the 1962 Commonwealth Immigrants Act that for the first time brought restrictions on the entry of Commonwealth citizens into the UK.

Publié sour AMC1°_2-1-Being heard,AMCT°_1-1-Unity and plurality,AMCT°_1-3-Equalities and inequalities,AMCT°_3-1-Power and influence,AMCT°_3-2-Rivalries and interdependencies,AMCT°_3-3-Common inheritance and diversity and tagged with CE, discrimination, Immigration, UK
Commentaires fermés sur The truth is out: Britain’s immigration system is racist. Now let’s fix it.