A long time ago in a galaxy far, far way 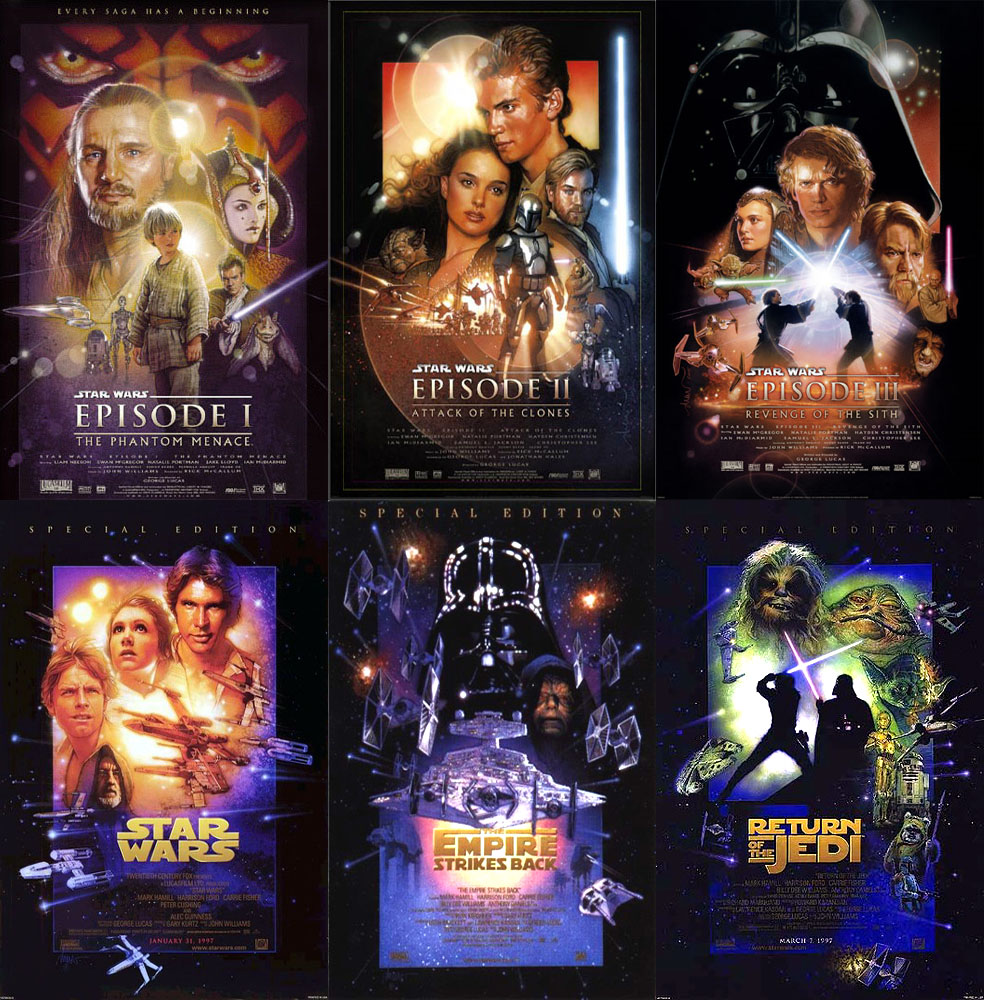 Hello everyone, during my christmas holidays I went to the cinema to see the last star wars movie. With a such popularity, and the seven episodes of the franchise which breaks all records, I had to make an article about my favorite saga.

In 1977, a genius creator transmits a long work which took him more five years of his life. This project entitled « Star Wars » is the begining of a revolution in the science fiction movies. George Lucas, the creator, described the adventure of a young man… Luke Skywalker who faced against the evil, the infamous Darth Vader. With his friends named Han Solo, Leia Organa and also c3po and R2D2, you will see a cocktail of passion, epicness battles, sadness and conflicts. Star Wars became the biggest success of his last years in Hollywood and everywhere around the world.

Star Wars V: The empire strikes back released in 1980 is composed of one of the most popular scene in the cinema history with one epic moment at the end of the film. When Luke faced Darth Vader, this one tells him…

Luke lost his first figtht against his father but he makes his come back in Star Wars episode VI: The return of the jedi released in 1983 and directed by Richard Marquand (and producing by Georges Lucas). In this episode, Luke wins his second battle against his father in a big planet named « Death Star ». And by the same way… he defeated the master of his father who is Lord SIdious. He brings back peace in the galaxy.

Luke vs Darth Vader (his father).

To complete his puzzle, Lucas realizes sixteen years after the episode VI, the epiosde I called « The fantom menace » in 1999. The story tells the youth of Darth Vader formerly known as Anakin Skywalker. In the episode II, he got married with Padme. His story continues until the episode III named « Revenge of the sith » where we see the fall of the hero.

To conclude, Star Wars is for me the best saga in science-fiction. With his 2097 planets, and characters (more than 200). The saga lets us travel between differents fantastic worlds. Moreover the story shows us how a young boy who has everything promised descends into madness which destroy his life and his family. And even after thrity eight years after the episode IV, Star Wars continues to crownd unleashed with the « The force awakens » the seven episode of the franchise realised by JJ Abrams in 2015.