Scrubs is a serie TV, created by Bill Lawrence and broadcasted on NBC (an american chanel) between 2001 and 2008. Afterwards, on the ABC channel between 2009 and 2010.

This serie tells us, the adventures of the staff’s Hospital named « Sacred Heart » and more preciselly that of John Dorian surnamed J.D and played Zach Braff. In spite of his Job: doctor, he is a big kid who lose himself in his thought  rebroadcast by his off voice. He always imagines zany scenes inspired  by the reality which it’s shows on the screen sometimes in the middle of a talk between the characters.

Early in the serie, JD is a young resident who enters the Sacred Heart Hospital, as his best friend and roommate, the apprentice surgeon Christopher Turk. They are accompanied in their first steps in their comrade Elliot Reid, a young brilliant but neurotic woman charm which JD succumbs immediately by Carla Espinosa, a nurse with a strong character who does not leave indifferent Turk. On his first day, JD quickly became the main scapegoat of special concierge hospital. At the same time, he quickly finds a mentor in Dr. Perry Cox, whose perpetual bad mood and work addiction hide its inability to manage his personal life; it is the main bulwark of patients and internal against cynicism director of the Sacred Heart, tyrannical Dr. Robert « Bob » Kelso. 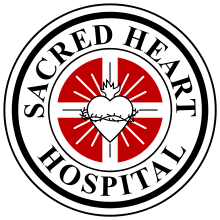 Emblem of the Hospital

The series features a narration in the first person, realy talkative characters, subplots that intertwine, waterfalls, and surreal scenes that represent the daydreams of the characters. Those comic aspects are correct by poignant scenes on the challenges for doctors to manage death and problems in their personal lives. This combination of comic and dramatic elements distinguishes it from other medical dramas such Urgences or Grey’s Anatomy, which is often seen as a pastiche. At the end of most episodes, JD summarizes the moral or the theme of the episode which took place in a series of plans that generally shows how this has affected each character.The series has many references to American popular culture, including movies, books, and other television series. Many are parodied through the many thoughts JD.

I find this serie really amusing, funny and sometimes embarassing. So if like this king of series I advise you « Scrubs ».