Hey everybody ! Let me talk you about one of the Two books we have to read and study this year for the Litterature exams.

Oedipus the King (also called in Latin Oedipus Rex) is a myth rewritten many times into differents forms. Indeed, after the Sophocles’s play, the classical Authors made a new version (like Corneille or Sénèque) or Philosophers Authors like Voltaire.

But Igor Stravinski has also composed an opera called « Oedipus Rex » in 1920.

Sophocle wrote Oedipus the King in 429 Before Christ, and after Odipus at Colonus which is also very well-known in the litterature field.

It’s about Oedipus, who became king of Thebes, a city in Greece after he killed the Sphinx which condamned the city. Oedipus managed to solve the riddle asked by it.

Therefore, he became the Jocasta’s Huband, the queen of Thebes. But there is a problem : Peoples are suffring from the plagues : That’s why Oedipus sent Creon, his brother-in-law to Delphi to Talk to the Appollo’s oracle and finding solutions : We discovered that it’s because of the recent Laius’s death, the former King of the country. Oedipus will investigate and meet Tiresias, a mind-reader to find the culprit of the murder. But the surprise is really astonishing because it’s Oedipus himself who would have killed Laius. Althoug he doesn’t take care Tiresias said, he will discover that it’s the truth..

But it’s not the most surprising : Indeed, whereas h

e was educated by the queen and King of Corinth(an another country), they’re not his real parents : When he was young, an oracle said : « He will kill his father and will marry his mother ».

And the curse occured unfortunately.

Discovering all this informations in the same time, with the Joscasta’s death, he decided to pluck his eyes : But became blind is not the only thing we wants : he begs to be exiled with his two daughters: Antigone, and Ismene.

We saw also the Pasolini’s film version directed in 1967:

It’s really close to the Sophocle’s version : Nevertheless, we can see a « before » with Oedipus as a baby and his birth and an « after » with the exil of Oedipus. But there is a lot of anachronism like Twenties’s cars, or Fireworks… Pasolini decided to adapt his life in his film : Indeed, the actress of Jocasta represent his mother and as his father was a soldier, Laius has a service’s man suit . He directed in Marocco, in Bologne in the Italia, his birth and studies city , and gives to

Oedipus a different character : Indeed, Whereas the Sophocle’s Oedipus is really authoritative and smart, the Pasolinis’s Oedipus seems to be really excessive(he screams everytime!!) and doesn’t always thinks.

It gives to the movie a humorous character and sometimes ridiculous.

But, it’s anyway a good adaptation. 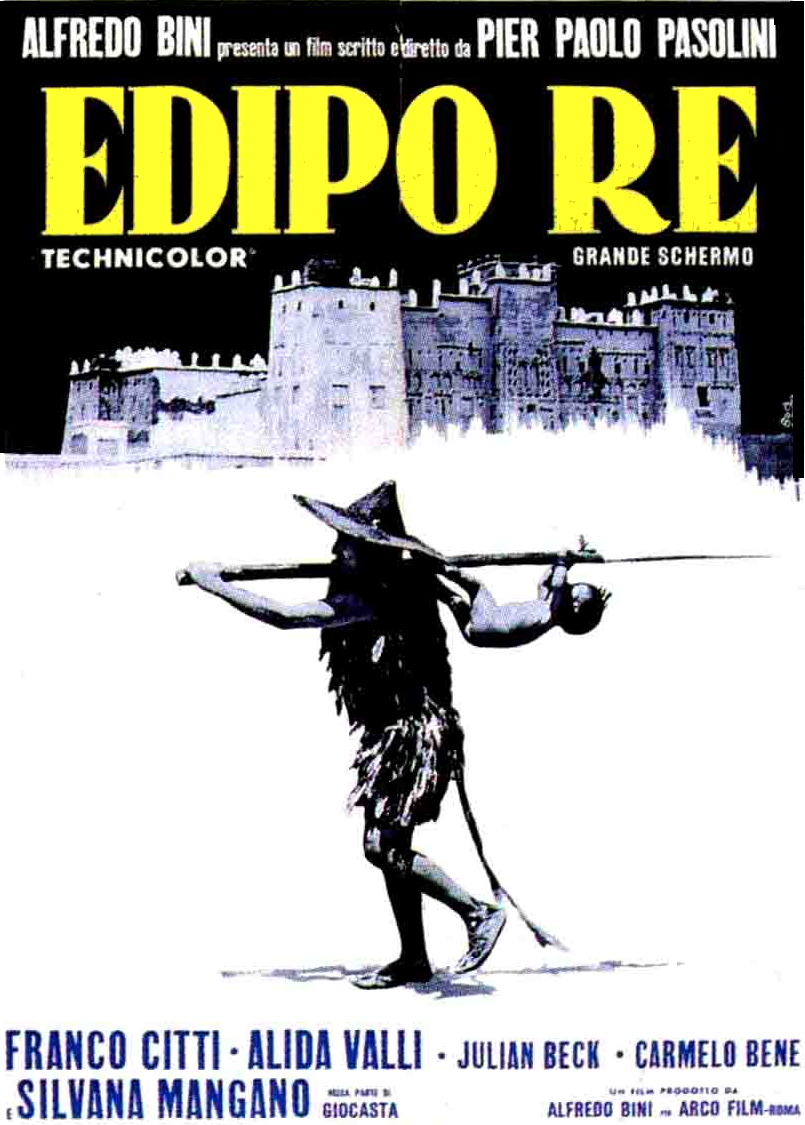 One thought on “Oedipus The King- Sophocles”