Tackling racism on social media : who is responsible?

Amid the anger over Wiley’s bigoted tirade, let’s not forget the newspapers that have been peddling prejudice for years 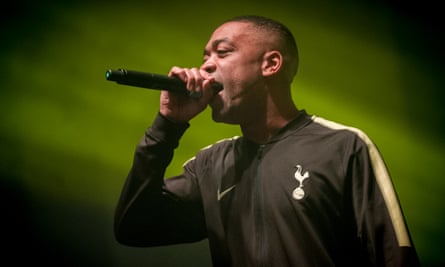 ‘Grime artist Wiley – with his half a million followers – unleashed a tirade of undiluted antisemitism on to Twitter.’ Photograph: Ollie Millington/Redferns
Published on Wed 29 Jul 2020 06.00 BST

Twitter is simultaneously many things: a means of elevating otherwise ignored voices, a platform for facilitating debate, a portal to access a bewildering array of information – and a cesspit of hatred.

This weekend, the grime artist Wiley – with his half a million followers – unleashed a tirade of undiluted antisemitism on to the site over the course of two days, leading some to observe a 48-hour boycott of the social media platform to protest Twitter’s slowness to act. But it has not proved uncontroversial; some users have noted that the website has long hosted unapologetic neo-Nazis such as US white supremacist Richard Spencer, so why wait for a black celebrity to make antisemitic comments to take such action? It took Twitter years to remove inflammatory far-right personalities, such as Tommy Robinson and Katie Hopkins. With a range of Jewish organisations urging a boycott and antisemitic hate crimes at a record high, I’m among those who heeded the call, while respecting the views of others who believe this is not an effective means to challenge racism.

That Twitter needs to take further action is beyond doubt. On a daily basis, the site pulses with Islamophobia, anti-blackness, antisemitism, misogyny, homophobia, transphobia, and every other form of bigotry, often directly targeted at individuals. As Alex Hern, the Guardian’s technology editor notes, Twitter’s policy in this area has gradually evolved from a commitment to free speech fundamentalism, which regarded racism as a bad opinion to be challenged, to a commitment to upholding minority rights in the face of illegitimate hate speech.

But it is a tech company that is “fundamentally underfunded in Silicon Valley terms”, says Hern, and is slow to develop new ideas, let alone clamp down on hate speech. This doesn’t mean Twitter should not invest in more moderators and take swifter action, particularly in a case like this one, which was so egregious because of the size of Wiley’s platform combined with the intensity and duration of his racist tirade.

There is something profoundly uncomfortable about this debate, however. Twitter reflects hatred that is embedded in the nation’s social fabric as much as it incubates it. Racism and other forms of bigotry remain organising principles of British society. As the scholar Alana Lentin puts it, racism is not a moral “problem of ‘bad’ individuals”, as the current debate on Twitter’s toxicity encourages us to believe, but a “systemic one” rooted in European colonialism, when the subjugation of African and Aboriginal peoples was justified by treating them as biologically inferior.

The systems of racism and other bigotries – rather than individual racists and bigots – should be our starting point. Black people are discriminated against by the justice system and more likely to be condemned to lower pay and unemployment; while patriarchy leaves women objectified and subjected to routine misogyny, and LGBTQ people treated as gender traitors deserving verbal or physical punishment beatings. An online platform open to all will inevitably project these wider phenomena; no Twitter moderation policy, no matter how robust, can adequately counter bigotries that are systemic in our societies.

Unfortunately, our public discourse prefers theatrical debates about whether a person or statement is “racist” or “not racist” to a proper reckoning with how race functions as a system of power. And power, in turn, is part of what is missing from a conversation about racism in public life that focuses on tweets rather than the powerful institutions that set the tone in any national community. Hopkins, who was banned from Twitter this year, was not a monster created by social media. She was a columnist for the Sun, where she compared migrants to cockroaches, leading to condemnation from the United Nations. She continued to fall upwards, rewarded with a column at Mail Online and a chatshow at LBC. It was the old media who built her up, generously adding to her Twitter follower count in the process: a positive feedback loop of hate.

This week, a leader in the Times delivered a pious judgment on “social media and hate speech: Publish and Be Damned”. This is the newspaper that was forced to issue a correction after a series of misleading articles that began with the front page splash “Christian child forced into Muslim foster care”.

Just this week, as the Twitter boycott began, one Times columnist published a piece headlined “Let’s not be afraid to challenge Traveller culture”. When this paper of record publishes articles with headlines such as “Islamophobia is a fiction to shut down debate” – written by Melanie Phillips, whose work was approvingly cited by Norwegian far-right terrorist Anders Breivik – its bigotry is considerably more dangerous than that of @barry48593 from Slough on Twitter. Its reach is far greater, and it confers respectability and permissibility on racism and bigotry.

In 2016, the Sun and the Daily Mail were identified by the European Commission against Racism and Intolerance for fuelling bigotry against minorities. Unsurprisingly so: the former once printed a front page claiming one in five British Muslims backed Syrian extremists such as Islamic State, forcing a belated correction. A 2019 study found that 59% of British news stories featuring Muslims had negative themes, with the Mail on Sunday the worst offender .

Online hatred is an urgent and growing problem, but its seriousness is not diminished by observing that powerful rightwing newspapers are this country’s most prominent platform for bigotry. Do tech firms need to do more? Yes, absolutely. But the lack of consistency in this debate risks looking like hypocrisy.

When we ask who has helped to fuel the doubling of hate crimes in a five-year period, our scrutiny should not be confined to slobbering bigots hunched over computers, but should also include those with far more power and clout. Anything else misses the point.

Publié sour 4. Citizenship & Virtual Worlds,7. Diversity & Inclusion,AMC1°_2-2-Informing and being informed,AMCT°_1-2-Public and individual freedoms and tagged with CE, censorship, discrimination, Social Media, UK
Comments Off on Tackling racism on social media : who is responsible?