A fistful of dollars by Sergio  Leone

What's the weather like in A fistful of dollars ?

It is sunny and (very) hot.

It is summer (or) spring.

How many women are there ?

There are two women.

What is the hero wearing ?

The hero is wearing a brown hat, a shirt and

a pair of trousers and a poncho

My favourite passage is n° …

What is the name of the two enemies ?

The Baxters and the Rojo

What do they drink ?

They drink wine and alcohol but they don't drink water

What do they eat ?

The Rojo and the Baxters are not respectful.

Where is the story taking place ?

The story is taking  place near the Mexican border.

The film-maker is Italian and it is shot in Spain !

The Rojo and the Baxters are not honest .

They are rather dishonest !

Do you think the film is funny ?

Yes, I think the film is funny.

Yes, I think the film is violent.

Yes, I think the film is violent, funny and fake (not real)

So many valleys, so many prairies,

I came across cactuses, coyotes,

And lots of ghosts

I ran down all the worlds

My boots crushed the dust,

The happy times and the pains

I braved a hundred dangers

I crossed the lands that are dear to the Cheyennes

I even disappointed the Sioux over this

I left so much behind

I abandoned my heart in the desert

I submitted my body to the storms

I bet on tomorrow

I burned my dollars at poker

I burned all my pendants

At night on my horse, in the heat, without a fan

I came across preachers, heathens

Men with neither law nor soul

And a hero without flaw, without mistakes

So many valleys, so many prairies, so many rivers

If heaven gave me the dream gift of a new life

I would live mine again without hesitating 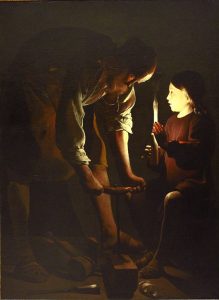 Joseph is working as a carpenter.

He is making a living for his family.

The film-maker was born in Bogota in Columbia.

He had a religious upbringing and background.

His father died when his mother was expecting him...

WHAT ARE YOUR FEELINGS ABOUT THE FILM ?

JUSTIFY ! I liked the film because … 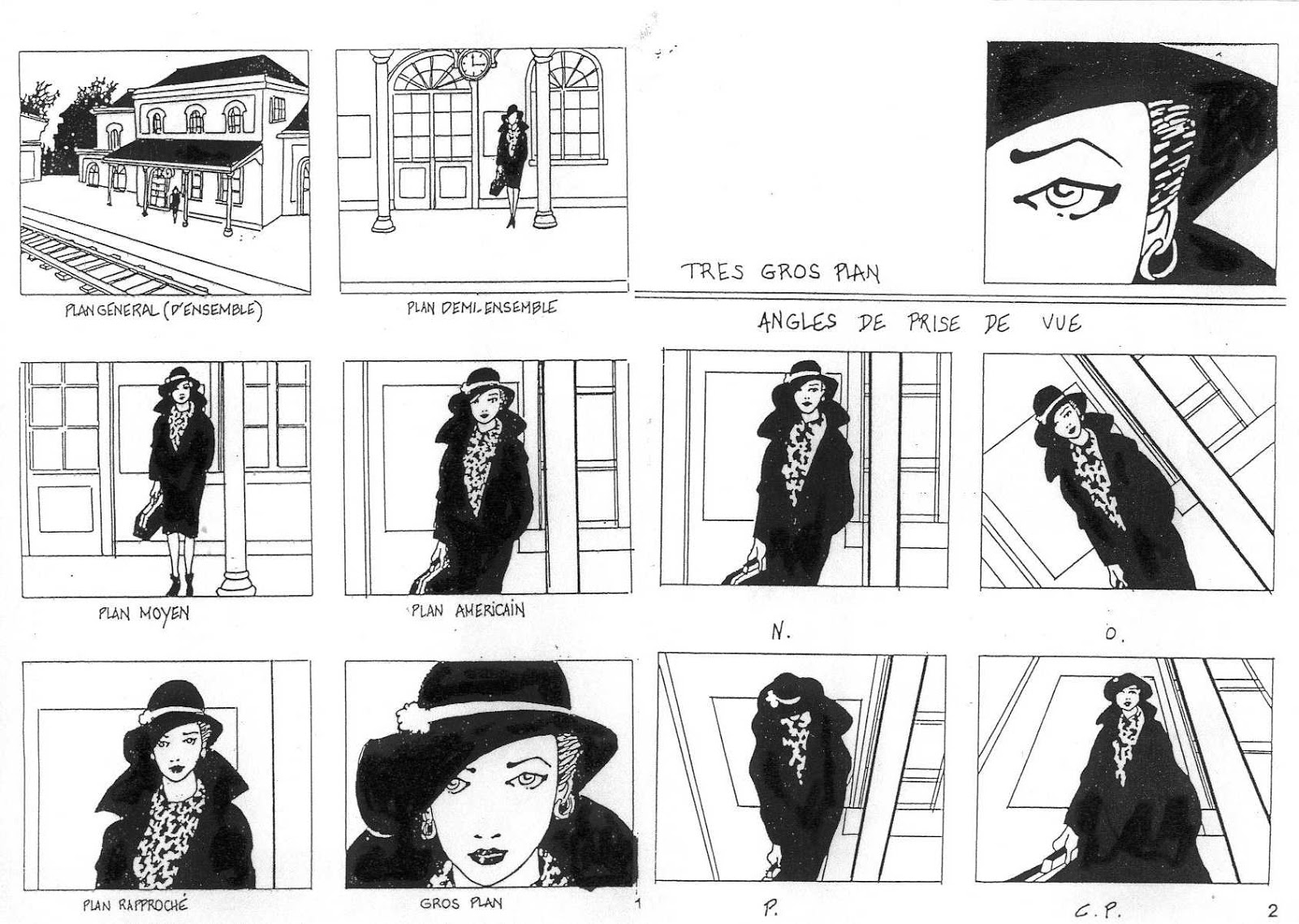 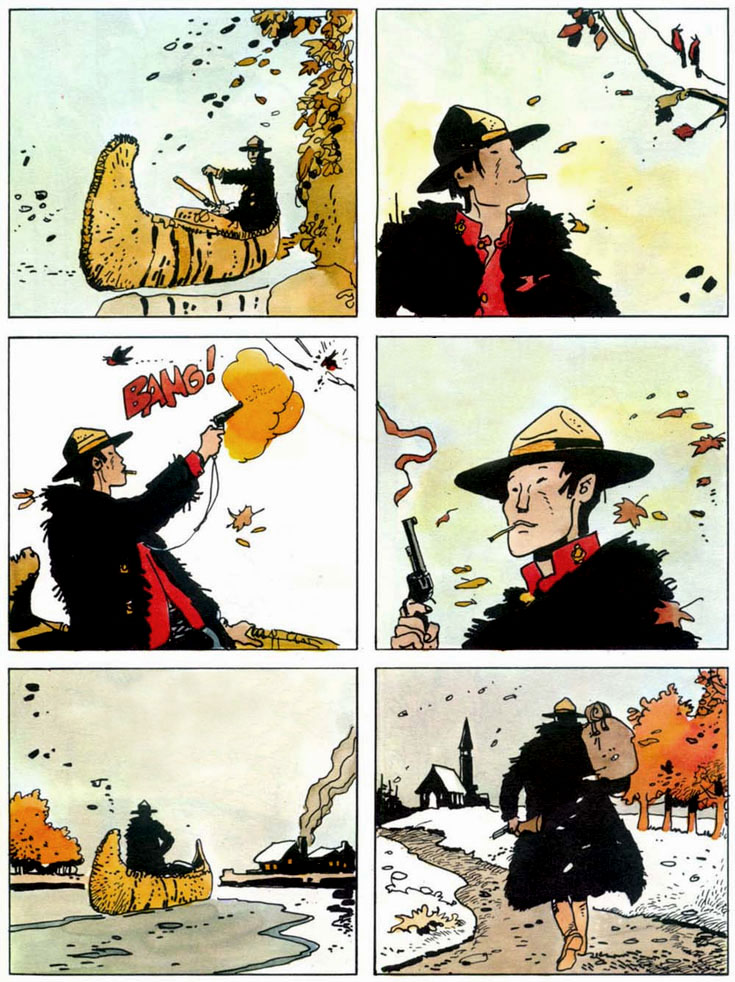 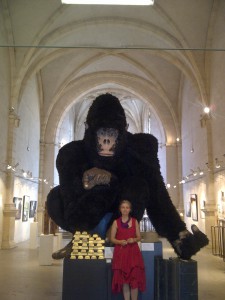 A1-A2-B1 Our film review of the Secret of Kells 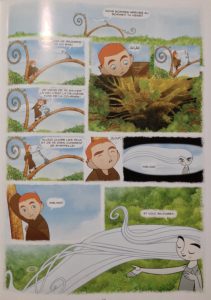 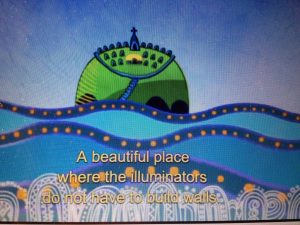 About the film: Where does the story take place?

1) It takes place in Iona in Scotland

2) It takes place in Kells in Ireland

3)Louis Le Bocquy, a painter (born in 1916) inspired the film-maker

Who are the characters of the film?

2)he forgot he was an illuminator in the past

3)he has got ginger hair

4)he lives in a tower to forget the past

2)he teaches Brendan how to draw  or how to observe

1) She is a real and mythical cat

2) She is only mythical

1) They were killed by Crom Cruach

2) They died when she was younger

3) They are still alive

1) She is a fairy and an angel

2) She is intelligent, careful and also very sensitive

3) She moves on four feet

4) She can transform herself into a wolf

1) They are all illuminators

2) They are allowed out of the monastery

3) They are not allowed out of the monastery

4)They are entirely dedicated to the scriptorium

5) They eventually/finally die but the spectator doesn't see them

1) They are not menacing shadows

2)They are represented as cruel animals

3) They represent death, unhappiness, dangers and tragedy, destruction and war, horror and blood

1) He is a Celtic God with a snake

2)He represents the dragon as a legend

3) He was shot by Saint Patrick in Irish mythology

What are the Celtic symbols in the film?

7) forest as paradise on earth

8) forest as opposed to flat landscapes

9) the circle as the symbol of harmony

10) the "triskele" is a Celtic symbol which is a representation of water, fire and earth

And now the story:

3)the Book is always present in Brendan's mind

4)the Vikings are always present in Brendan's Uncle's mind

The Book of Kells:

1)The Book of Kells is a real book which is in Trinity College, Dublin, Ireland.

2)The Book of Kells  isn't a real book and doesn't exist.

It is a legend.

What about Pangur Ban, the magic spell and spirit?

1)Pangur Ban, the white cat, existed. She is a female cat.

3)One of the monks  wrote poems about her.

How is Celtic mythology  represented ?

2) it is close to natural rites and rhythms

Can you name painters who inspired the artist?

The monastery is very beautiful.

The colors are original.

People are monks and priests.

Walls have got bizarre shapes.

He is an orphan: he hasn't got any parents.

His father and his mother died.

He meets a very friendly girl: she is called Aisling!

She will help him. She is a fairy. He is looking for berries to make ink

because he wants to write the Chi Ro page.

Brendan is of medium height and size and has got ginger hair.

He lives in Kells in Ireland.

Brendan's Uncle is the head of Kells.

He is taking care of other monks and people.

The book is very important to him.

The security and safeness of the monastery matters to him as well!

He  lives in a tower which opens with a very narrow door.

He  is very strict because he wants to save the monks and his people from the Northmen's attacks.

The Secret Of Kells

Description of Aisling: long white hair and green eyes. She looks like a fairy and she is one! She has the power to turn the cat, Pangur Ban into a fish-cat, a spirit! She can use her spells!

Description of Brendan: short orange hair and blue eyes, long feet, curly and funny ears! He is the hero of the story and we can see him when he is older!

Description of the monks: Asian, African, all walks of life! They are wearing long red coats

- When the bad guys come and attack the town of Kells

- When Brendan goes into the forest to look for an eye

- When Brendan dreams that the Vikings will attack Kells because he has visions and can trust his imagination! He is a visionary!

- When Brendan makes a lot of drawings on the Book! He is inspiring!

Our  film review about the Secret of Kells

-I liked the discovery of the forest

-I liked the scene when he catches the monster's eye.

-We liked the red and the green colours and the drawings!

- The meeting between Aisling and Brendan

-She is quicker than Brendan,

she runs faster and she is the best!

-She has magical powers to trasnform nature .The cat can go where she cannot

-When his Uncle is hurt, someone tells Brendan : « You must go, your Uncle is not dead! »

- Brendan disobeys his Uncle to pick up berries because he is not allowed to do so!

-Vikings's attack and the wolves eat the Vikings in the forest

-Brendan thinks the bees will attack him but it is not true!

the Vikings 's attacks are in red

Aisling in the forest

the wolves 's scenes are also in red

The scene when Brendan is writing

when the Vikings go Kells

When Brendan meets his uncle

The wolf's lips and mouth

When Brendan   writes the Book of Kells

the fire, the sky, the buildings, the walls, the attacks, the

Aisling disappears and gets lost in darkness

red represents evil or  a danger: it means something bad is going to happen

and green represents what is best and good in life, luck, happiness,